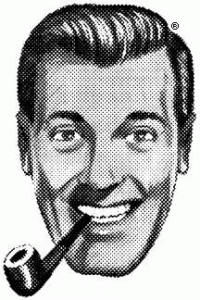 “Each kind of living thing, Asclepius, no matter whether mortal or immortal, rational (or irrational), whether ensouled or soulless, every one has the appearance of its kind in keeping with its relation to the kind, and although each kind of living thing possesses the whole form of its kind, within that same form each of them differs from the other. For example, although mankind is one in form, so that a human can be distinguished on-sight, each person within the same form differs from the others. For the class is divine and incorporeal, as is anything apprehended by the mind.”
— Asclepius﻿

In the last live broadcast for 2019, Doktor Faux invites Fidd Chewley into the studio to hash-out any outstanding beefs between them. Reverand peas introduces the show and takes on a historical review of how the show started before mediating between the two over a discussion of professional courtesy, context and feelings. The show devolves into mud-slinging as the two come to realize that the partnership has completely dissolved before Fidd ultimately walks out of the studio. There are no resolutions or compromises. This ended up being a gigantic waste of time.

Time for the Show 1×48: The Trial and Death of Arliss Michaels

Fidd is back in the studio from Tampax, Florida just in time to regret it! Doktor Faux scores BIG by registering the somehow-yet-unregistered web domain: TimeForTheShow.com. Faux responds to peas’s claim of being depressed by steamrolling over everything peas says in the first hour. peas attempts to smooth things over with Faux with what he calls a “radio trust fall”. Peas has a van: Adventure-1. In the Blind Eye segment, peas chooses the United Stated federal government just because he owes them several thousand dollars. The logistics of subcontracting as a stripper at Red Lobster are discussed before Reverend Scalpod joins the show to officiate IS IT A BAND. The merits of drinking root beer from a pug-dog skull are mentioned amonsgt the rest of the viewer mail, after which the hosts eventuate another segment of “Messiah or Pariah?”, with the focus being on VAPING. At the end of the show, peas does what he does best and apologizes for the whole episode. restoring our standing in the community back up to zero.