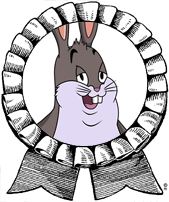 If your ears aren’t dripping with amniotic fluid after listening to this episode, then we’ll give you TRIPLE YOUR DIGNITY BACK! For the entirety of this episode, Cat Feather plays the role of Fidd Chewley, Aster Six plays the role of Argus Faux, and peas plays the role of whoever plays the role of peas when peas isn’t present! 60 is a highly composite number, and episode 60 of TFTS turned out to be a highly composite version of the show as exterpreted by the most capable of all proxies. HOW AUSPICIOUS! Not since banks started offering sugar-free lollipops has such an advantageous circumstance eventuated itself — this time in an easily digestible podcast suppository! Get off your ass, sit down, and in the words of Chuck Berry’s fictional cousin, “Listen to THIS!”

The Hypercube engineers convene on a Mexican-citrus based prevention system for Covid-19, L. Ron Hubbard was the original tiger king, and peas hauls the sorghum to the Las Vegas autonomous buffet zone.