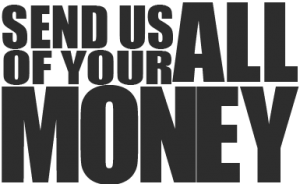 Time for the Show 1×53: This Title Left Intentionally Black

In this very special episode of Time For The Show, Peas once again graces the audiences’ ear holes with his disembodied presence. There’s a little bit of talking, a little bit of crying, and a whole lot of laughing when we find out that he paid $22K for a USED Jeep!

In this special edition of Time for the Show, reverand peas takes over as the sole host of the Show for about 3 minutes before Doktor Cosmac arrives to play Andy’s Richter. peas discusses his recent trip to raid Area 51 and how the private sector completely failed him. Was there more?