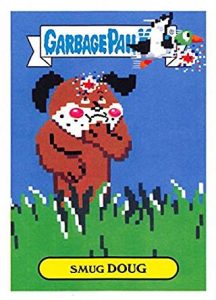 Time For The Show: Episode s0e3

Time for the Show 1×49: The Final Kwanzaamas

It’s Christmas, and Jesus doesn’t look a day over 1500. Papa Faux learns what a SubGenius is after discovering how easy it is to make Fidd take unidentified medication. Peas reveals the secrets he learned in “radio school”. The hosts do their famous “intro trick”, which is where they burn the first 75% of the show talking about what’s going to happen during the remaining 25%. Peas uses a month’s worth of cow lube and a battering ram to attempt to force a bit where Rudolph the Reindeer is a guest on the show (Teller was funnier). Inside jokes and references to past shows litter everything before the first song break. ISIS gets a pass in the spirit of the season during The Blind Eye, which is followed by a Scalpod-hosted round of Is It A Band. Both segments only take about three minutes each. Fidd announces the Is It A Band trading card series! After the final music break, the sacred on-air live sound check is consecrated, which is followed by a viewer mail segment in which less than half of the submissions are fake news — a new record! Peas talks about something he calls a “mustard poltriss”, which for some reason leads him not only into disclosing the secrets he learned as a Shriner and Mason in the Scottish and York rites (no shit), but also articulating a scholarly explanation of Kwanzaa before getting steamrolled by Fidd and Faux into apologizing for the entire show hereuntoforthwith. Fidd and peas are rightfully shitfaced by the end of the show — no further notes required.

Time For The Show s1e25: Stop Me If You’ve Heard This Inside Joke Before

It’s the EPISODE #25 CELEBRATION SPECTACULAR! Season 1 of this show is aiming to be one million episodes long, so we’re celebrating the fact that we only have 999,975 episodes left in this season! Our FORMER co-host, Reverand peas [sic], wanted to be a guest on his own show so badly that he QUIT HIS SHOW just so he could come back as a guest on it– and he did! Topics NOT covered in this episode: the 2017 Serbian presidential election, the reconciliation of Judeo-Christianity with The Church of Non-Gustatory Hydrostatism, cherry-flavored toilet paper, the over-use of hy-phens, and how to properly determine the gender of a Klein bottle (don’t assume my topology.