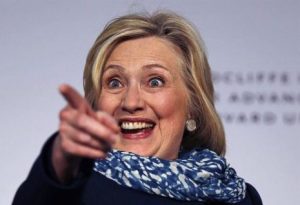 Time For The Show s1e20: When Good Vegetables Go BAD

Peas had a tummy ache in his tooth, so his overstudy, Dr K’taden Legume, joins the show to play his part and tell us how many licks it takes to get to the Tootsie Roll center of a cyanide pill. Fidd blind-eyes instant oatmeal for not being instant. Faux plays every version of 20th Century Man except the version peas requested.

Time For The Show s1e26: The Director’s Cut

It’s our first episode since the Fourth of July, the date recognized the world over as the anniversary of the date Lord Donald Trump attained Constitutional Buddhahood. This week: Every other country should give up their retarded language and speak English. Doktor Faux makes the “Call of Duty” argument for patriotism, citing America’s sweet K/D ratio. Stolen Valor is a felony, but Fidd Chewley knows a guy who sublets him some valor under-the-table, so it’s all good. Reverand [sic] peas [sic] is doing the show EFFED-THE-EFF-UP from mixing rum with the meds he’s taking for dem Shingles, and Fidd pre-emptively gives him the Kenny Floyd Award. NEW GAME: “Is It a Band?” We try to play it. It “works”. By the end of the show, peas does a good job apologizing for everything except the fact that the Blind Eye segment never completely got off the ground, but that’s not bad for a guy who is, as I said earlier, EFFED-THE-EFF-UP on Shingles meds and rum.

Doktor Faux is all alone in the Hypercube with a copy of the Holy Bible. After Cosmac shows up to help Faux pick out a better one, the two slowly attempt to read through it before the chat starts submitting Bible Verses. For this truly educational show, the music has been left in since we are obviously making informed commentary on it. If you’re gonna miss one episode of Time For The Show this year, you might want to consider this one!